The #IconicWoman campaign powered by custom performance vehicle manufacturer, Shelby South Africa as well as vehicle customization service, Road to Race South Africa (RTR SA), aims to empower
women to recognize the power they have within themselves to make the changes they want to see in the world.

“Following the UN theme for Women this year which is a generation of equality and realizing women’s rights, we believe it’s time for women to take back their power in the home, workplace and society through meaningful celebration of what makes us uniquely iconic,” says Paige Lindenberg , marketing manager at Dueller Group.

The campaign sees women from different backgrounds including actress and professional boxer, Nicole Bessick, brand icon inspirational speaker and adventurer, Lynne Forbes as well as Angela Yeung, the only women on the diamond board of South Africa and Bespoke jeweller share their journeys’ to becoming iconic women.

“I am a woman like any other, who when faced with life’s challenges, faces them head on. To me an iconic woman is one who doesn’t allow fear to exist in her vocabulary. She steps up to the plate at the best and worst of times,” explains adventurer, athlete and author amongst other things,Letshego Zulu.

Mercia Jansen, area manager for Eastern and Southern Africa at Motul says “the responsibility of being an iconic woman is actively making sure there is no space for gender inequality or genderbased violence anywhere in the world.” “We have to stand our ground, know our worth and stop seeing ourselves as just women in a male dominated space but women very capable of equal opportunities,” Jansen explains.

The motorbike enthusiast adds that she has worked in male dominated spaces her entire career and has learnt that she does not need to be the same as men or even as strong as them, but rather focus on her strengths as a woman, like value and nurture, to get things done.

The #IconicWoman campaign will also host a webinar on the 26th of August looking to unpack the challenges and opportunities of being a woman in what was traditionally male dominated industries.

Experienced and respected women from different industries will be part of the webinar that will look at sharing tips about staying true to yourself as a woman while growing your career. Ladies are
encouraged to join and be part of the conversation and stand a chance to win some great prizes. All you need to do is nominate your Iconic Women on social media using the hashtag #iconicwomen.

A recent study by The Human Edge on South African women in business found that there are five real barriers hindering their success in the workplace, namely: having to prove themselves more than male counterparts, family responsibility outside of work, the ‘motherhood’ penalty which can lead to delayed careers, gender discrimination and the fact that women are less likely to ask for a
promotion or raise. 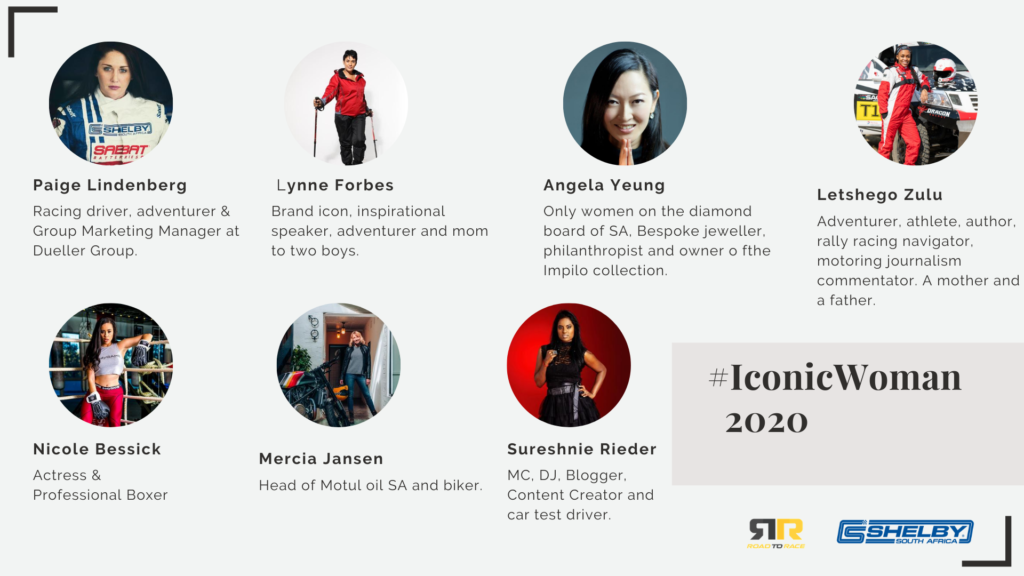